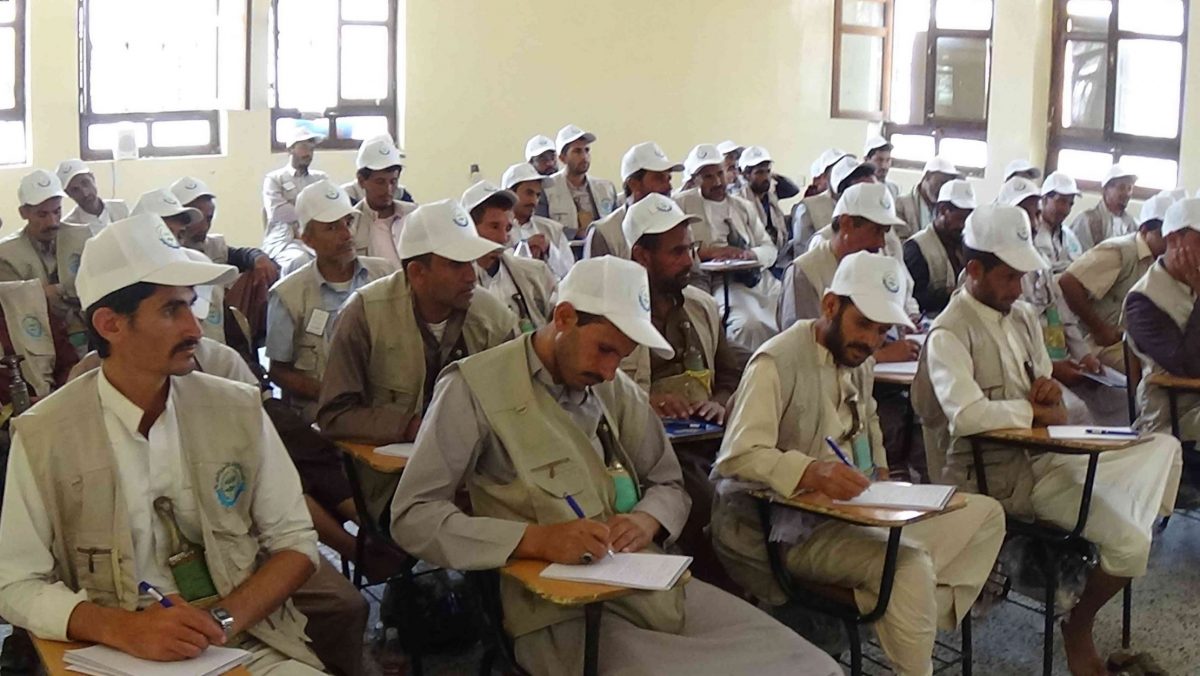 Alekram Developmental and Charitable Foundation launched its field survey project for all of Sa’ada villages to register and register poor families who are in need of intervention and aid.

The first activity in the project include the training of representatives deployed in the governorate of the number of (75) Seventy-five representative of the Foundation to be trained in the workshop of a five-day on registeringmechanism to understand and identify the needy families to register and sort families according to the difficulty of their status .

They were trained on survey formulas to understand filling fields method . It is worth mentioning that the Foundation has printed special formulas for field survey in accordance with the mechanism that ensures the accuracy of registering and durability in records quality for not losing papers under any cause . Therefore , with special hardcover , formulas were printed for each village .

During the workshop, representatives have been trained in several areas including reporting and raising the needs of media projects, documentation and other.

The workshop included a training program called (merciful among themselves) ; so that the representative of foundation learned to organize and link between both poor and affluent people in the same village  to make better-off people take care of poor ones in order to cover a number of the most needy families consistently by coordination of foundation representatives . In this way , we would end up with a community that is co-effectively in alleviating the suffering of its citizens.

At the close of the workshop, survey formula was submitted to every representative to apply it to his/her and begin the survey and registeringfor filling the formula and discussing it a month after the completion of the training.

A number of government officials attended the closing ceremony of the workshop in the governorate . They highly praised this step being process that contributes to determine the most needy people to be targeted for providing them with available aid in the future.

Al_Ekram Developmental  and Charitable Foundation has…

Certificate of Appreciation to Executive Unit for the…

Certificate of Appreciation to Executive Unit for the…